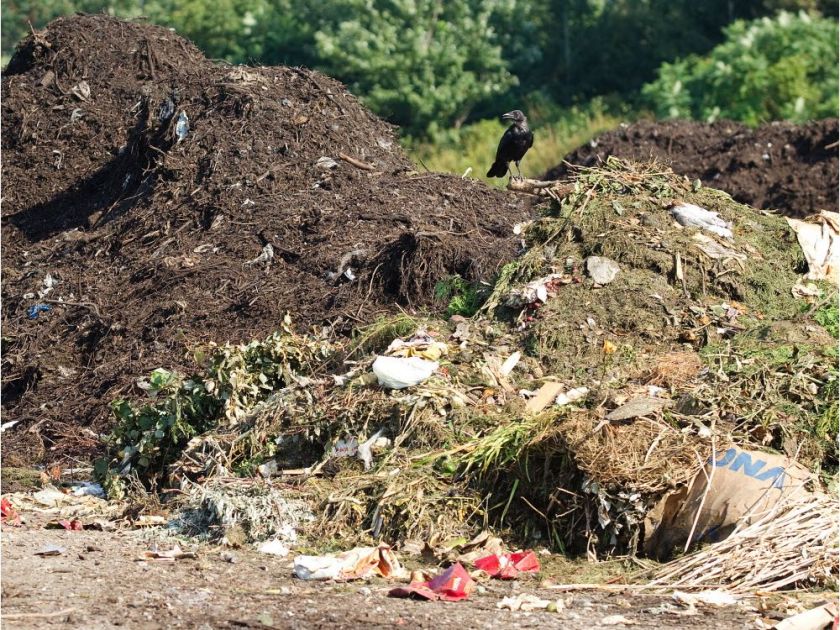 The plant, which will be built on the old site of the Demix quarry at the intersection of Highway 40 and Broadway Ave., will cost $129.8 million for its design and construction. Its maintenance for the five years after it begins operations will cost another $37.2 million.

It is one of five organic waste-treatment facilities the city has been planning to build for the last 11 years. The project includes two composting centres (one in St-Laurent and one in Rivière-des-Prairies–Pointe-aux-Trembles), two biomethanation centres (the just-approved one in Montreal East and one in LaSalle) and one pre-treatment centre in Villeray–St-Michel–Parc-Extension.

On Wednesday, the city’s executive committee approved a five-year contract with Suez Canada Waste Services, which was the only bidder for the Montreal East plant.

In February, the city was negotiating with Suez Canada Waste Services to lower its $130-million price for the design and construction of the plant. The cost of the plant was originally estimated at $72.8 million in 2018; it was boosted to $126.4 million a year later.

The call for bids for the plant began in June 2017, and the bid envelope was opened exactly a year later. The lack of bids for the biomethanation plant and the St-Laurent composting centre, which had two bidders, made for expensive offers.

The plant “will allow us to fight climate change more efficiently, reduce the city’s ecological footprint and move closer to our goal of carbon neutrality,” Plante said.

Biomethanation is a method of processing organic matter through fermentation without oxygen. The biomethane created at the Montreal East plant could produce enough renewable gas to power approximately 3,600 residences, Plante said.

The plant, which will be known as CTMO (Centre de traitement de matières organiques), will see 60,000 tonnes of organic waste processed annually rather than being sent to a landfill.

The organic waste will be transformed into four million cubic metres of biomethane every year.

“This gas will be transported to our water waste-treatment plant. There, it will replace some of the natural gas for fossil sources currently in use,” Plante said.

The plant is part of the province’s larger goal to have 60 per cent of organic waste processed and treated instead of put in landfills.

The site for the plant is strategic. Currently, organic waste is taken to a waste and recycling facility in Joliette, which is about 50 kilometres northeast of Montreal.

It will allow us to eliminate 50,000 tonnes of greenhouse gas emissions.

“The localization of the centre will allow us to reduce greenhouse gas emissions, since the distances travelled by waste-collecting trucks will be significantly reduced,” said Jean-François Parenteau, executive committee member responsible for the file.

“It will allow us to eliminate 50,000 tonnes of greenhouse gas emissions,” Plante added.

Additionally, the plant will meet the needs of local residents. The city found that those living on the east side of Montreal produce more organic waste than green waste, which mostly comes from gardens and grass. Residents on the western side of the city produce more green waste than organic waste, making it perfect for composting, according to the city.

Hence, residents on the west side of Montreal will be getting the composting centre in St-Laurent.

However, when the composting centre — which would have the capacity to handle 50,000 tonnes a year — was on the verge of approval, an expert in bioenergy criticized the city for losing out on an opportunity to produce even more biomethane.

For now, the $175-million composting centre in St-Laurent, also contracted with Suez Canada Waste Services, is due to be ready in 2021, while the biomethanation plant in Montreal East is due in 2022.

In response to the drastic leap of the cost of the St-Laurent composting centre — almost 3.8 times higher than estimated — the opposition at city hall planned to table a motion in March to mandate the auditor general to probe the $175-million contract and examine the city’s plan to build organic waste-treatment centres.

The city plans to hold public consultations on the Montreal East plant in the fall.

The Plante administration said that to reach its goal, citizens have to co-operate and actively participate.

Plans for the five facilities, financed by all municipalities on the island, have been in the works since Gérald Tremblay was mayor in 2008.

The combined price of the facilities has exponentially risen. In 2013, the initial price to design, build and maintain the five facilities was $237.5 million, which then rose to $344 million in 2017. In November, Plante announced it had increased to $589 million.

The Plante administration said it wants to move forward with the composting centre and the biomethanation plant while delaying the other three facilities because of cost.

In February, Parenteau said the city was planning to cancel the tenders for the Rivière-des-Prairies–Pointe-aux-Trembles composting centre contract, for which La compagnie de recyclage de papiers MD was the only bidder. The city will go back to tenders in a couple of years.