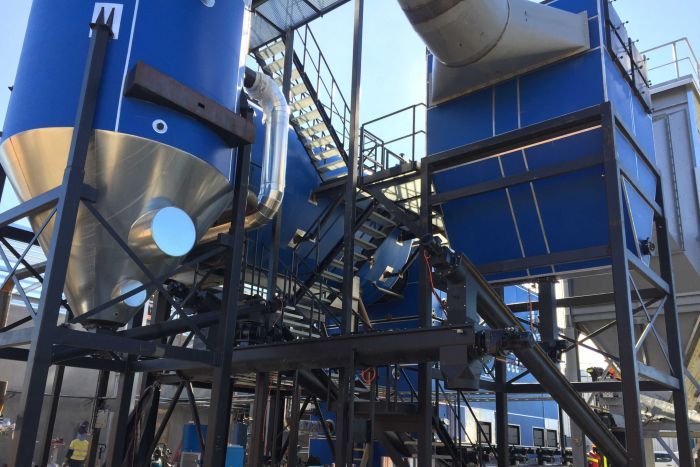 A timber mill in the Snowy Mountains is generating its own bioenergy using excess sawdust, a first for regional New South Wales. Korean-owned lumber company Dongwha Australia has constructed a $10-million boiler to turn sawdust into bioenergy at its Bombala softwood mill. Sawdust is an inevitable part of the milling process, but now it will be used to power parts of the Bombala mill.

“We generate around 200 tonnes of sawdust per day,” said project manager Michael Dyer, who has been overseeing the construction of the boiler since February.

“We struggled to find a home for the sawdust, so now it will solve a big problem and reduce our gas costs,” Mr Dyer said.

The bioenergy serves as a gas substitute, and is made purely from the sawdust generated on site. The energy generated is used to create hot water that is required to operate five kilns. This then facilitates the process of drying the timber.

“The generation of hot water is totally fuelled by the biomass boiler,” Mr Dyer said.

“It will eventually make it a lot more sustainable for the future for all mills.”

Bombala is located in the Snowy Monaro region in south-east New South Wales. The town isn’t far from the popular ski fields of Kosciuszko National Park and the region’s principal industries are grazing and timber. Mr Dyer said locals might notice the new 18-metre chimney stack that now protrudes from the mill, but not much else.

“There may be a bit of smoke. But it’s good clean smoke.” 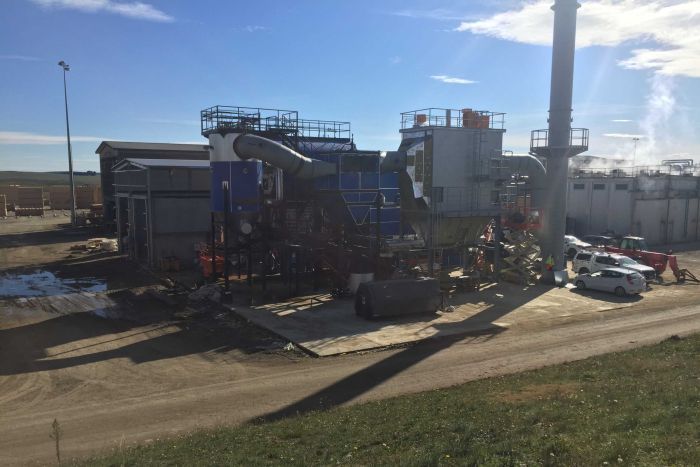 Mr Dyer said he knew of one other plant in Sydney that used a boiler to make its own energy, with a capacity of 5 megawatts.

Bombala has a capacity of 15 megawatts.

“So ours is three times the size … and in terms of biomass that’s very large,” Mr Dyer said.

He said that made it the largest known bioenergy plant in regional NSW, but that might not be for long.

“Since February, we’ve heard of the potential construction of three other boilers in Australia: one in Tasmania and two in Victoria,” Mr Dyer said.

Professor of Biofuels and Biorefining at Queensland University of Technology Ian O’Hara said bioenergy production was on the uptake in Australia.

“You’re using things that would otherwise be low-value or waste, and you’re putting them to a good purpose,” said Professor O’Hara, who researches the application of bioenergy in Australia and its benefits to the economy.