British air base ready to run on green energy from biomass 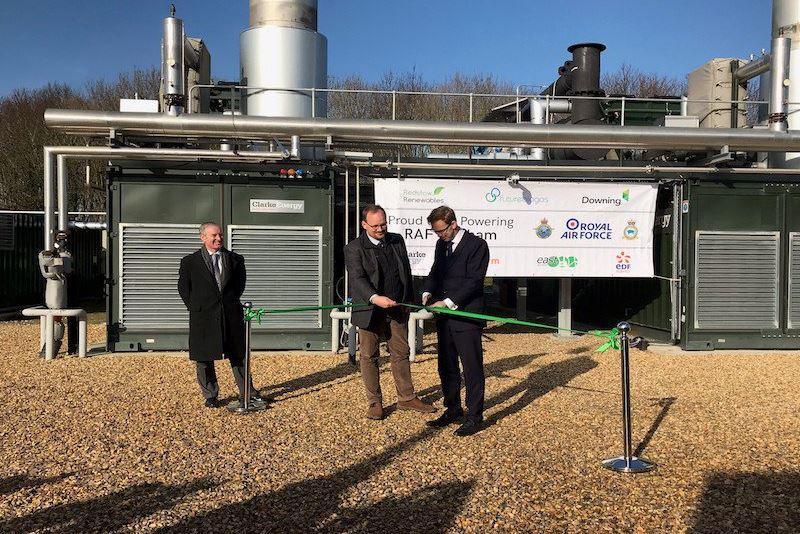 The United Kingdom formally opened a biogas processing site to provide for nearly all the energy needs for a nearby air force base. Defense Minister Tobias Ellwood ceremonially opened the facility, built and operated by Future Biogas, in Swaffham, England, on Thursday.

The plant will make electricity from locally grown fermented crops to power RAF Marham, the air base where the Royal Air Force houses its F-35 and Tornado fighter planes. The base is the U.K.’s first to be powered by green energy, and is expected to deliver 4.5 megavolt amperes per day, or 95 percent of the needs of the air base.

Ellwood said on Thursday that the installation will “lead the way” in dealing with climate change.

“RAF Marham is leading the way as Britain’s first green military airbase,” the defense minister added. “The biogas fuel is a truly green and sustainable solution, helping us tackle climate change, support the local economy and save taxpayer money.”

“I hope that this plant can act as a model and we can see more sustainable energy schemes rolled out across other military bases,” Ellwood said.

The plan to use biomass to make electricity to power the base will save the Ministry of Defense nearly $400,000 per year in electricity costs.

A statement on Thursday from Future Biogas called the plan the “first major green innovation from the Ministry of Defense. To date, the only other military base in the U.K. using any form of renewable energy is Ministry of Defense [base] in Lyneham, in Wiltshire, which has solar panels supplying just 20 percent of its power. The huge success of the RAF Marham clean energy project will hopefully mean there’ll be many more to come.”