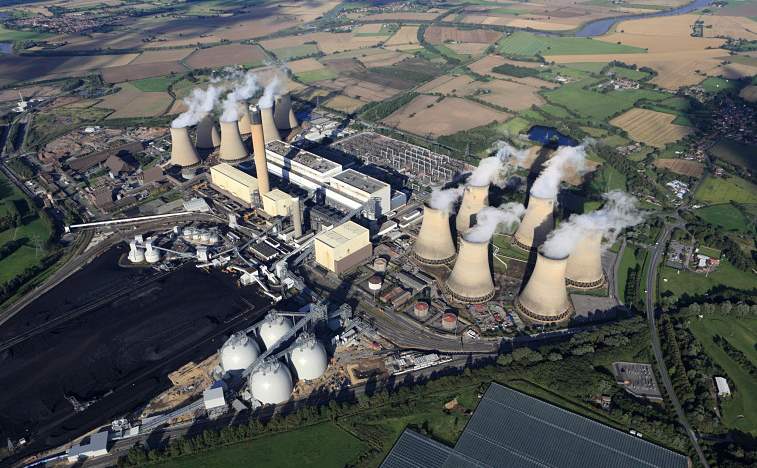 The biggest power station in the UK has started a project to store carbon dioxide emissions and the gas could be used in the drinks industry. In May, Drax power station near Selby, North Yorkshire, announced a £400,000 pilot scheme to capture the gas produced from burning wood pellets.

Drax officials say the scheme would see about a tonne of gas stored each day.

The power station has previously been criticised by campaigners for the levels of air pollution it produces. Drax has spent time working with energy firm C-Capture which is connected to the chemistry department at the University of Leeds. Its aim was to adapt the technology used to capture emissions from coal and do the same for wood pellets – known as biomass – which Drax has burned since 2013.

The pilot will see the emitted gases mixed with a solvent that “collects the CO2”, which is then stored and prevented from entering the atmosphere, Drax said. The firm said using the technology at the plant could enable the company to operate the world’s first carbon negative power station.

Drax said: “If successful, the six-month pilot project will capture a tonne of CO2 (carbon dioxide) a day from the gases produced when renewable power is generated.” Talking about the technology behind the project, Drax chief executive Andy Koss said: “I think it will make a huge difference to the business and for our employees. I think it will give us a longer future. “If we can pilot this and get it right and scale it up, I think this is something that we can export around the globe.”

Drax said the CO2 will initially be stored on site but eventually it will seek to find a use for the gas, such as in the drinks industry which earlier this year was hit with a CO2 shortage.