How to Convert Earth’s Plastic Pandemic Into Fuel 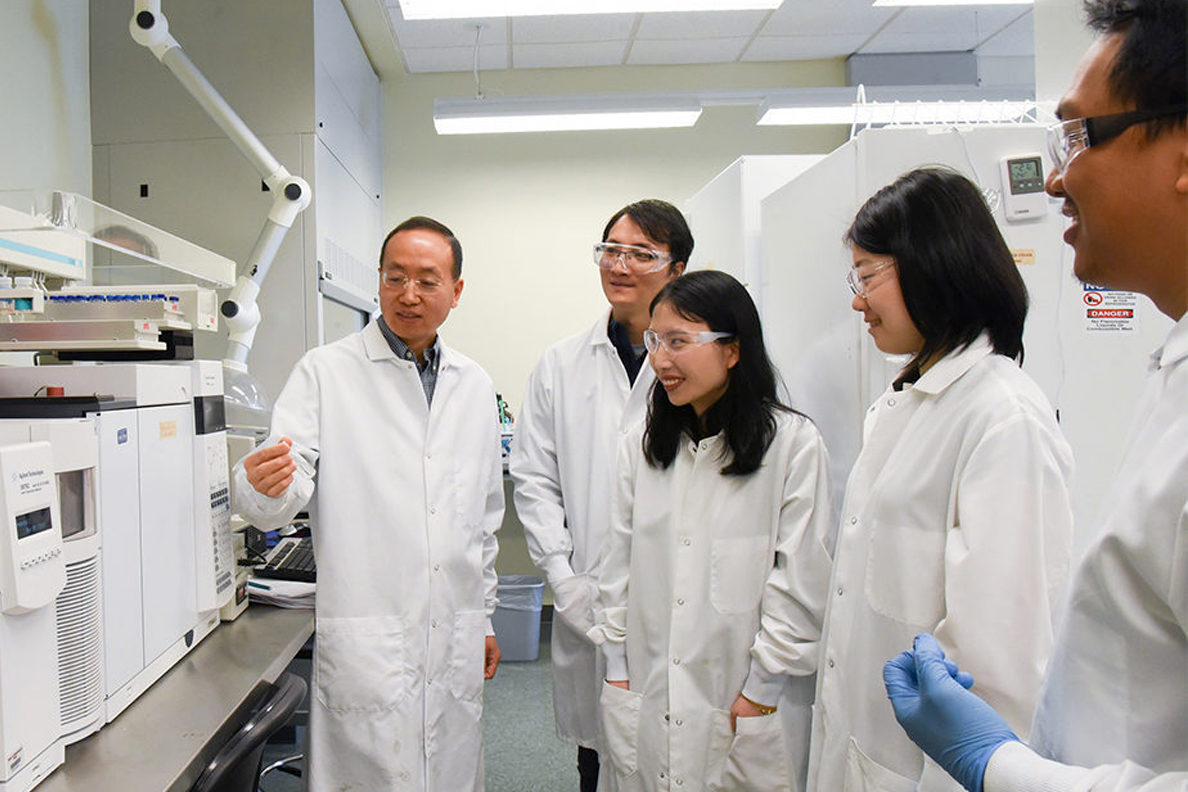 Ninety-one percent of the billions of tons of plastic produced is never recycled. Instead, most of it ends up in landfills, on beaches, or in the ocean. So a team of researchers at Washington State University have devised a way to take old plastic and break it down into fuel.

Bioengineers working in biofuel development at WSU have spent the last 10 years using grants from the U.S. Department of Agriculture’s National Institute of Food and Agriculture to develop ways to turn agricultural waste—like byproducts from farming and logging industries—into fuel. When farmers harvest corn and process it into kernels, for example, the leftover leaves and stems are valuable waste products that can be leveraged by innovative practices and turned into something new.

Hanwu Lei, a biological systems engineer who heads up the project, told The Daily Beast that one of the best things to do with that waste is make fuel.

“There’s a huge amount of biomass available,” he said. “We are trying to add value to this agriculture. So we develop it into a carbon catalyst that is also used to convert it into fuels.”

When his team saw the extent of the plastic pollution problem around the world, using their methods of converting different ingredients into fuel seemed like a natural next step.

“We all use plastic. But the world has a plastic problem,” he said. “We were asking, ‘Is that possible to convert that to the good stuff that could be used? We know our catalyst is working for the biomass, maybe it will also work for the plastic, too?’”

A catalyst is a material high in carbon that is porous and has a large surface area. When it’s used to make fuel, it assists in breaking down the chemical bonds inside substances. Lei’s team makes their catalyst out of agricultural biomass by applying chemicals to it and heating it. In their historical research they would then combine this catalyst inside a reactor with more untreated biomass and turn it into fuel.

They have discovered that breaking down plastic into fuel is just as simple a process. They took waste plastic—water bottles, milk bottles, and plastic bags—and put it side-by-side with their biomass carbon catalyst inside their reactor. Then they replaced the oxygen inside with nitrogen and applied heat. The heat decomposed the plastic; as it moved through the catalyst, its chemical bonds broke, converting it into fuel.

“We all use plastic. But the world has a plastic problem … Is [it] possible to convert that to the good stuff that could be used?”

Without the catalyst the process would result in wax.

It’s a very simple procedure, Lei said—so simple, in fact, that farmers could do it on their farms to make diesel fuel for their farm equipment.

But the reactor is also capable of working on the commercial level. “The carbon catalyst is easy to get from agricultural biomass and also the process itself is easy to scale up—these two points make this easy to adapt to any level,” Lei said.

Lei said he’s fielding phone calls from companies and municipalities interested in learning more about the technology. Though it’s true that the world will eventually have to move away from carbon-based fuels, Lei believes this will be a good intermediary step between traditional oil and an electric future.

“You share the market, you don’t increase the emission rate,” he sad. “The total consumption is there already—it’s a fixed amount—but you solve the environmental problem of plastic.”