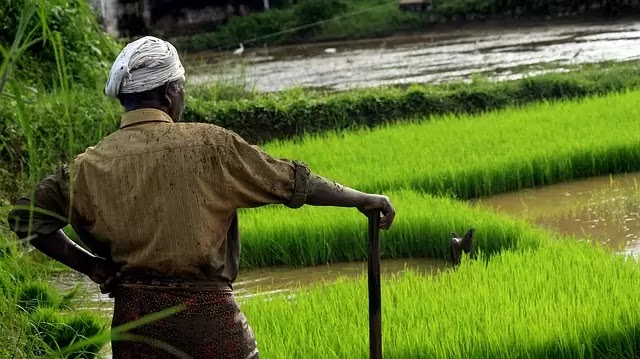 An Earth Observation Innovation team from the University of Leicester is collaborating with UK energy-from-waste-biomass firm PyroGenesys and a number of UK and international organisations on a project to generate off-grid electricity for remote rural communities in Africa starting with Nigeria.

The international consortium will be supported by £224,697 funding from the InnovateUK Energy Catalyst Round 6 Competition which was announced on Thursday 7 March.

PyroGenesys, with engineering support from bioenergy prototype specialist ICMEA-UK, has developed a novel technology to convert agricultural waste residues into renewable electricity and smokeless cooking fuels. The system will be integrated with technology developed by Koolmill to provide off-grid high-quality rice milling.

The PyroPower Africa project will utilise Earth Observation satellite data from the University of Leicester team to identify possible locations for future PyroPower installations across Nigeria.

Professor Kevin Tansey of the School of Geography, Geology and the Environment at the University of Leicester said: “The potential for using satellite data within geographical information systems to support the renewable energies sector is huge. Whether it be information about transport networks, characterising communities or estimating the biofuel resources, satellite data is a great mapping and monitoring tool.

“We will use satellites built by the European Space Agency delivering data via the European Commission Copernicus program to pinpoint agricultural waste residues that will be able to supply the plants with a sufficient quantity of fuel.”

According to Mobinet CEO Andrew Otiko: “A mobile payment platform that works in real-time without the internet and on any phone type is essential for rural Nigeria.” This model promises to empower gender and social inclusion in remote communities with no access to formalised banking structures.

PyroPower consortium leader and PyroGenesys CEO, Simon Ighofose said: “The rural communities we aim to serve are not, typically, heavy users of electricity. Their needs are relatively undeveloped, so it’s difficult for any electrification programme to justify the costs of extending the Nigerian national grid, especially in remote areas that are also poorly served by roads. The project will also focus on developing local smokeless cooking fuel production from waste agri-residues to replace wood derived charcoal use, which is causing severe deforestation and human health issues.

“The PyroPower system USP is that it’s a low-maintenance, biomass-powered pyrolysis technology that is feedstock flexible. This enables PyroGenesys to convert most forms of agricultural and food processing waste residues into much needed electricity and clean cooking fuel at a village-level.”

Professor Tansey will lead the Earth Observation investigation alongside Mr Carmine Maffei who is based in the University’s Innovation Hub.