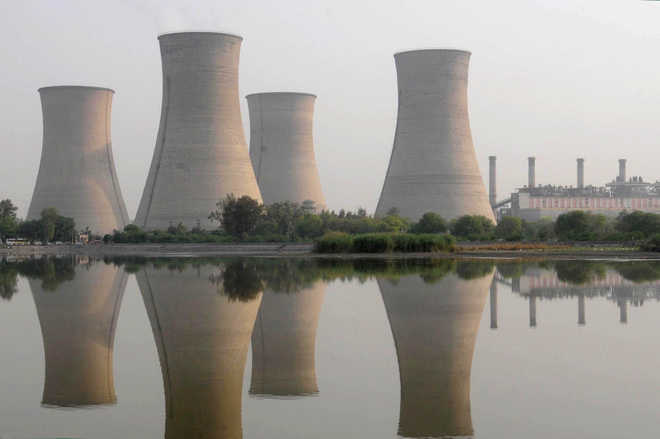 Power Minister Gurpreet Singh Kangar on Sunday visited Guru Nanak Dev Thermal Plant, Bathinda, to explore the possibility of conversion of one of the plant’s units into a biomass-fed one. He said around 60 to 62 MW power could be generated at an investment of approx Rs 120 to Rs 150 crore.

A team of GNDTP engineers explained that the unit can be converted to rice straw (stubble) fed unit. The boiler needs to be replaced whereas the other major equipments like turbine, generator and other major auxiliaries can be reutilised, resulting in fruitful utilization of the existing infrastructure which has been used for 100 days only.

Moreover, the minister said the cost of generation from the proposed plant will be very less as compared to the power purchased from private biomass power plants. This seems to be a cost-effective solution to meet the non solar renewable energy power target set by the ministry of power and renewable energy notified by the state government as well.

Kangar claims that this will also help curb the menace of pollution due to burning of paddy straw in the open fields and it will also help in preserving soil fertility. Further, he said the project will attract an investment of Rs 100 crore in the farm sector and will result in direct and indirect generation of employment to the youth.

It is pertinent to mention that the plant was shut down on December 31, 2017. After 11 months PSPCL had decided to run a 60-65 MW paddy straw-based power plant at a cost of Rs 150 crore in one unit.

PSPCL has also cleared another project of 100 MW solar power project on 250 acres of land of the thermal plant which was used to dump fly ash within this complex. Sources said the proposal for straw-based power plant had been cleared after the feasibility study by Denmark-based Biomass Company Babcock and Wilcox (B&W) Volund. Even a few months back a team of a company from Denmark had also visited the GNDTP regarding this biomass power plant.