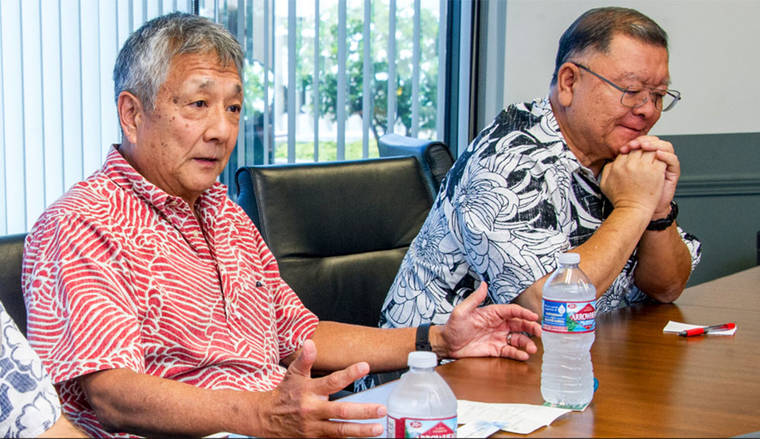 The Hawaii Supreme Court has rejected a deal between Hawaii Electric Light Co. and an independent power producer that plans to burn trees to produce electricity on Hawaii island. That decision creates new problems and delays for a project that has already been stalled for years.

The agreement between HELCO and a company called Hu Honua Bioenergy LLC called for the utility to buy power that would be produced by burning eucalyptus trees growing along the Hamakua Coast as well as other wood.

That deal was challenged by the non-profit environmental organization Life of the Land, which argued the state Public Utilities Commission violated state law when it approved the power purchase agreement in 2017 between Hu Honua and HELCO.

The court agreed, finding in an order issued this morning that when the PUC approved the power purchase agreement, it failed to “explicitly consider” the state’s goal of reducing greenhouse gases, which is required under state law.

This is the second power purchase agreement Hu Honua has negotiated with HELCO. HELCO terminated the first agreement.

Hu Honua, which now does business as Honua Ola Bioenergy, says the plant would produce 21.5 megawatts of power. Hu Honua was formed in 2008 to convert the old Hilo Coast Processing Company plant in Pepeekeo into a biomass plant that would burn trees. The plant formerly burned sugar cane waste material and coal.

Hu Honua has argued the wood-burning plant will help the state reach its ambitious goals for transitioning entirely from power plants that burn oil and other fossil fuels to plants that use renewable fuels. The company claimed in its filings the plant will “avoid the emission of hundreds of thousands of tons of CO2.”

However, the state Supreme Court had already ruled that state law requires the PUC to consider greenhouse gases in the fulfillment of all of its duties. According to today’s ruling, the fact “that the facility involved in the Amended PPA is a biofuel facility does not absolve the PUC of this duty. Thus, in approving the Amended PPA, the PUC was required to expressly consider the reduction of GHG emissions.”

The court found the PUC did not show in its 2017 decision that it had done so and sent the case back to the PUC to explicitly consider the greenhouse gas issue. It also ordered the PUC to hold a hearing that would give Life of the Land an opportunity to present evidence and argument on its environmental concerns about the plant.